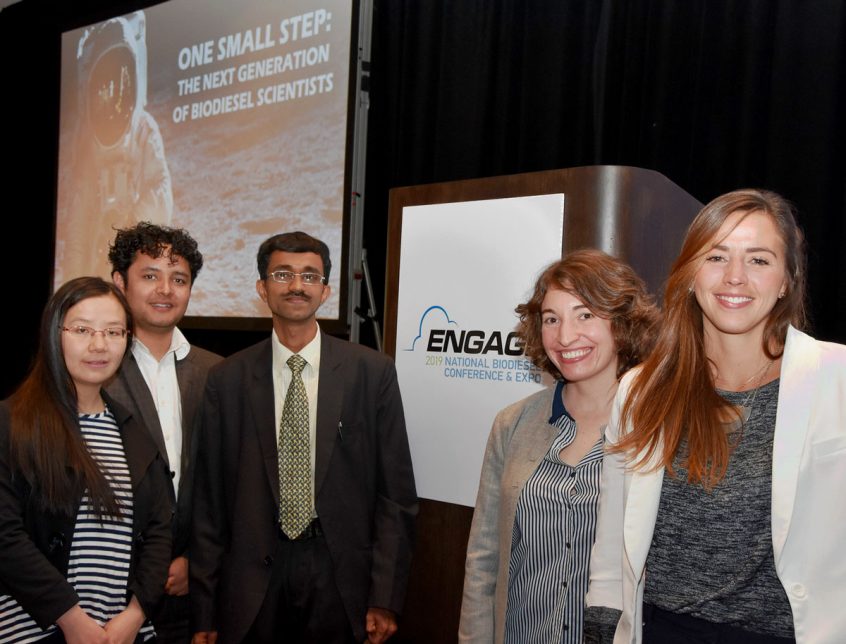 As we celebrate 50 years since that first small step for man on the moon, the Next Generation of Biodiesel Scientists (NGBS) are continuing to take that giant leap for mankind doing research here on Earth for the future.

NGBS co-chair Jennifer Greenstein, North Carolina State University, moderated a panel of four young scientists from around the world during the National Biodiesel Conference in San Diego. Haixin Peng, Auburn University is from China; Shyam Paudel, Missouri University of Science and Technology, grew up in Nepal and is another NGBS co-chair; Santhosh Poojary, NMAM Institute of Technology-Nitte in India; and Tatiana Melloa at Louisiana State University comes to us from Brazil. What they all have in common is a love for science and biofuels.

A few years ago, Jesse Mayer was NGBS co-chair during his studies at the University of Nevada-Reno. He now works in San Diego at Thermo Fisher Scientific, so when he heard the biodiesel conference was going to be there, Jesse wanted to come and share his story about how being involved with NGBS helped him in his job search. Watch the video below and check out the student activities at the conference in this photo album.