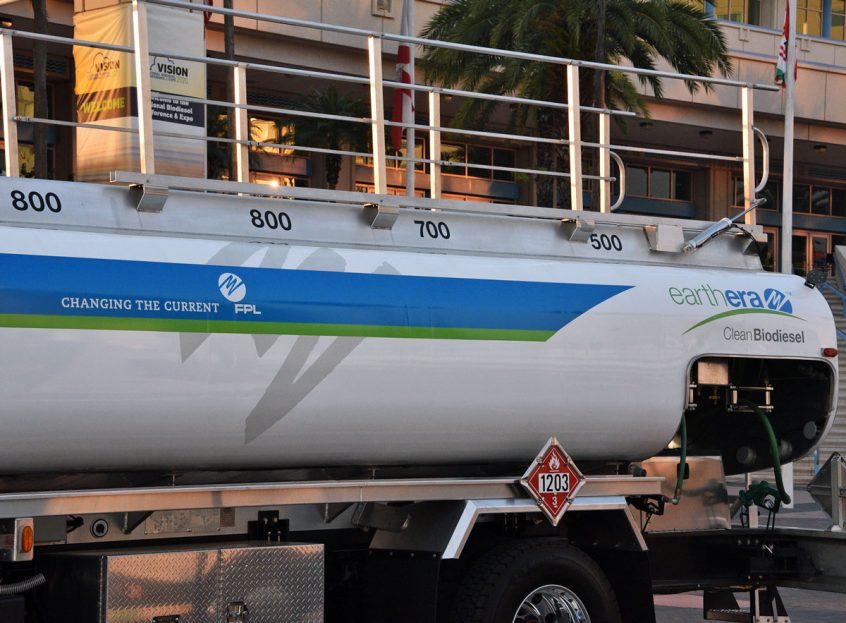 As the largest energy company in the United States, Florida Power & Light Company (FPL) has used biodiesel fuel regularly for nearly 20 years as a vital part of its corporate responsibility strategy. The utility is a subsidiary of NextEra Energy, the world’s largest producer of renewable power from wind and solar, and powers its entire fleet of diesel vehicles and equipment with biodiesel blends. FPL is now offering EarthEra™ clean biodiesel to other Florida businesses.

FPL had an impressive array of fleet vehicles on display at the National Biodiesel Conference last week in Tampa, all of which operate on B20 or higher biodiesel blends sourced from FPL’s own storage and blending facilities. Conference attendees were able to take a close up look at one of FPL’s biodiesel-powered Mobile Command Centers. Outside, FPL showcased other vehicles, including fuel support trailers, tank wagons, and response vehicles. In addition, FPL’s Patti Earley and Joe Suarez gave a presentation on how biodiesel helps power FPL in the worst of emergencies, such as when Hurricane Irma hit the Gulf Coast in 2017 and caused $50 billion in damage.