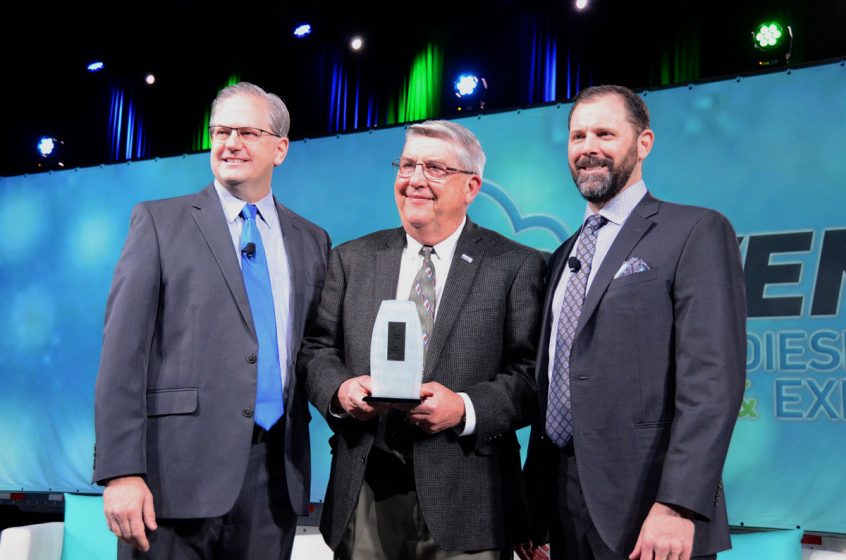 Minnesota has been a leader in the biodiesel industry for decades and Mike Youngerberg has been working since 1986 to advance soybean industry priorities as a member of the Minnesota Soybean Research and Promotion Council and the Minnesota Soybean Growers Association staff. Mike’s dedication earned him the Eye on Biodiesel Impact award this year.

Mike currently serves as the Executive Director of the Minnesota Biodiesel Council which represents the biodiesel producers and feedstock providers and has served in a critical role in one of the most proactive biodiesel states in the country. In 2002, Minnesota passed landmark legislation requiring that diesel fuel sold in the state contain at least two percent biodiesel. The law was implemented on September 29, 2005, becoming the first state to require biodiesel blends. The program increased to B5 in May 2009, to B10 for the summer months in July 2014, and is scheduled to move to B20 on May 1, 2018.

Learn more about Mike in this interview: Mike Youngerberg interview