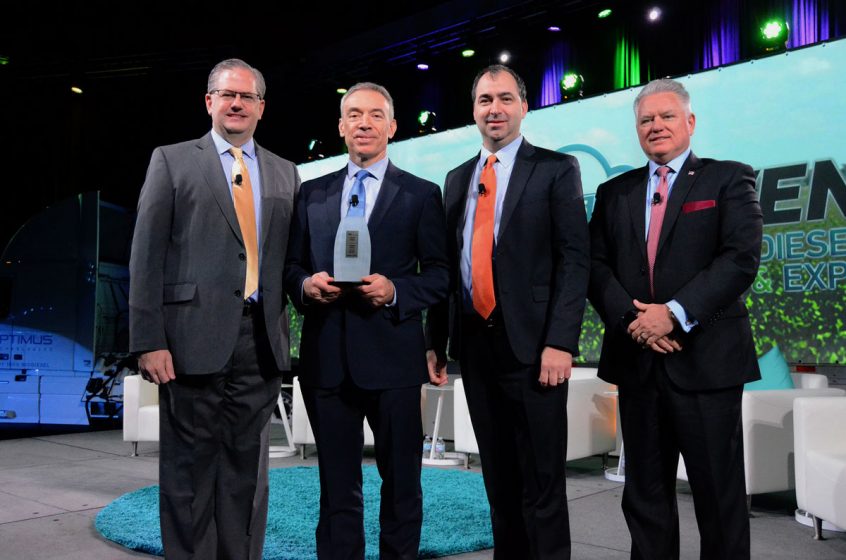 USDA Deputy Secretary Steve Censky was presented with the Eye on Biodiesel Pioneer award at the 2018 National Biodiesel Conference.

As the long-time CEO of the American Soybean Association, Censky was instrumental in the growth and advancement of biodiesel over the years. ASA’s primary focus as an organization is policy development and implementation of soybean farmer issues, including biodiesel. The organization, under Censky’s guidance as CEO from 1996 to 2017, played a critical role in passing the biodiesel tax incentive in 2005, and the inclusion of biodiesel in the revised Renewable Fuel Standard through their national network of farmer leaders and extensive grassroots advocacy power. As USDA Deputy Secretary, Censky continues to provide critical leadership on agricultural policies as he has done throughout his career. He has also served at USDA in the administrations of Presidents Ronald Reagan and George H.W. Bush, including as administrator of the Foreign Agricultural Service.